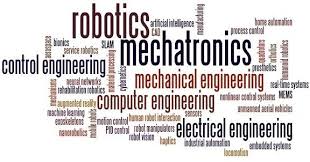 This club converges towards concepts of working on machines with a futuristic approach with new technologies in the field of automated manufacturing which is providing minimal human intervention.